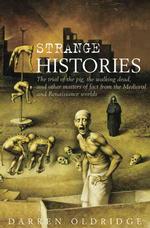 Despite its intricately effusive title, Mark's Haddon's first novel is a simple suburban whodunit. If the mystery is trivial, Haddon's achievement certainly is not. The novel manages to reach an emotionally profound depth and attain a masterful voice that is rare in a first publication. It has been included on the New York Times list of notable books, and has been featured in the Today's Show reading list. It has also been named the Whitbread Book of the Year for 2003.

The novel's detective is Christopher John Francis Boone, a 15-year-old boy with Asperger's Syndrome. He lives in an English suburb with his father and his pet rat Toby. Through the first few lines of the novel we learn from Christopher that the neighbors "big poodle," Wellington, is lying dead with a garden fork sticking out of his body. Christopher decides that he will solve the mystery of who killed Wellington, and record it as a book.

Because our narrator is autistic, each small discovery is plainly and emotionlessly reported. One of the many tributes to Haddon's talent is the way in which we are led to understand the emotional struggles endured by others through Christopher, even though he cannot comprehend them himself. This makes for a surprisingly more touching read, and a forgiving attachment to the all too human characters, warts and all. The search for clues to his mystery leads Christopher to those that may reveal another, much larger secret. Through all of this intrigue, we are charmed and drawn in by the nuances of Christopher's thought process. He loves prime numbers and will not eat brown or yellow food; he adores puzzles and cannot appreciate the humor in word play, though he knows why it's "meant to be funny."

This reader, having herself taught autistic children, was both moved by and delighted with this novel. It took me only two days to finish, and I found myself laughing out loud at times and feeling intensely involved throughout. It is to me, the kind of reading experience during which all else is forgotten. I have recommended the book to several of my friends and would do so again, many times over. This novel is a must read for mystery lovers and for those in the market for a book that lingers in the heart and mind.
(Jean Nastasi)